So before I forget, there's a manga that's blowing up online, Komi-san wa Komyushou Desu (Komi Has a Communication Problem) which is not just another high school manga. I haven't started reading it yet, but I can see why it appeals to a lot of folks - it's the exact reverse of a situation a lot of us are familiar with. Komi, the heroine, is a beautiful young lady who everyone in her school thinks is standoffish and maybe even snooty, because she doesn't talk much, if at all. Then one day she gets seated next to Tadano, who realizes that Komi has a problem communicating with people, and he resolves to help her out in her desire to make one hundred friends. So, there's appealing characters, great art, and what sounds like an interesting plot. 3-for-3.

As is usual for me, I got interested in this ass-backwards - I saw a lot of Komi-san memes on Twitter and Reddit, one thing led to another, and now I think I'm going to pick up the first two volumes of the manga when they come out in June. Yeah, I'm going to read the online translations, but I want Oda-sensei to keep drawing, so the zoobs must flow. 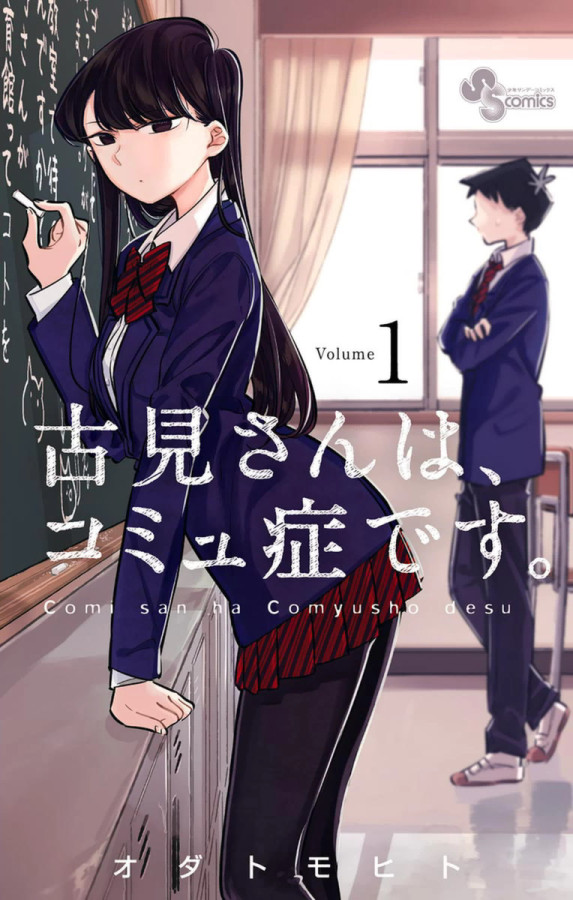