For some reason best known to God and/or their ids, a number of acquaintances who live in the Ninth Circle of Hell* have felt it necessary to inform me of the doings of my ex-wife and her (apparently) soon-to-be-ex.
My general reaction to this is best expressed by the following picture posted last month by P: 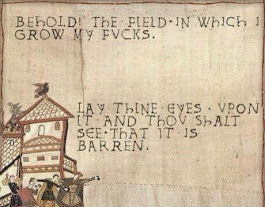 More specifically, WHAT THE FUCKING FUCK WERE YOU THINKING? Yes, it's been damn near 14 years since things came to a messy end and I had to resort to some fairly radical reshaping of my headspace to get through that, but my disinterest in the life/death/encasement in carbonite/whatever of the former Mrs. Trainor and the Doormat That Walks Like A Man has not changed one iota. This is for a very good reason that two seconds of logical thought would have brought to mind, but I guess the urge to be the drama llama and spread the (objectively bad) news just kind of did a hard reset of the higher brain functions, huh? Did you really think I was going to be happy to hear this news?

God damn, but y'all gotten confused. You have this picture of me scrawled on the inside of your skull in luminescent Day-Glo paint, but it's not me, not even some kind of weird-ass demented Cubist version of me. Because if it had been, you would have known better and not done this. Worst of all, you weren't even there when all this shit you're telling me about happened. You heard something from Alice who talked to Bob about what Charlie said X told him, with X being either my ex or her most recent husband or my son, who wasted the last year or so of his life playing referee/marriage counselor. You're playing Telephone, and homie is long past playing that game. Include me the fuck out.

I'm not looking for an apology, because that would be meaningless and pro forma and stupid, but I would appreciate it if you never mentioned any of those people to me again. If you want to talk SF (or anime) I guess that'll be okay.

*Sometimes known as the State of Minnesota.
Collapse